Digital LED strip with individual RGB (W) control has long been included in our lives as a decorative decoration. The popularity of such products is growing every day, and even large Chinese online stores sometimes can not cope with the volume of orders in the pre-holiday season and not only. For this reason, a lot of low-quality goods and fakes appeared on the market. In this publication I want to share my experience in using and testing the digital tape WS2813 (NEWSTAR LED CO., LIMITED), and purchased from various sellers in China , as well as the original factory one.

To get started, I want to compare the look and layout of smart LEDs.

on the original chip from the Newstar (photo on the left), all three crystals are located on one electrode, on the analog with other sellers, all three crystals are located on different electrodes (crystals should be placed on one electrode for better color mixing).
on the original chip there is a capacitor that gives additional stability in power supply, there is no capacitor on the analogue, it must be additionally installed on the tape.

2. The thickness of the copper conductive busbars.

The test has undergone the lower copper layer of the LED strip, which is powered by pixels. When I reached the bottom layer, I measured its thickness in part of the contact area using a high-precision instrument, which measures linear values by the absolute method. The thickness of the contact pad was:

The thickness of the copper layer of the original is 57% more than the analogue. What does it mean?

This layer is responsible for powering the LEDs. The smaller the thickness of the layer, the greater the lack of power on the LEDs will experience and the more often it will be necessary to supply additional power to the tape in order to avoid reddening of the LEDs when the voltage drops. The red tint of the smart LED is due to the fact that the RED crystal requires a lower supply voltage than for GREEN and BLUE.

LED products market is littered with counterfeit products;
the use of a cheap fake misleads an inexperienced user, because after only one meter such a tape gives out red light instead of white;
saving on tape quality makes no sense if you take into account the costs of connecting additional power and installing additional capacitors, not to mention the quality of LED chips.

If you need high quality LED chip and LED strips, please contact Newstar, we are the top3 led factory in China, email to “jason@newstarleds.com”. 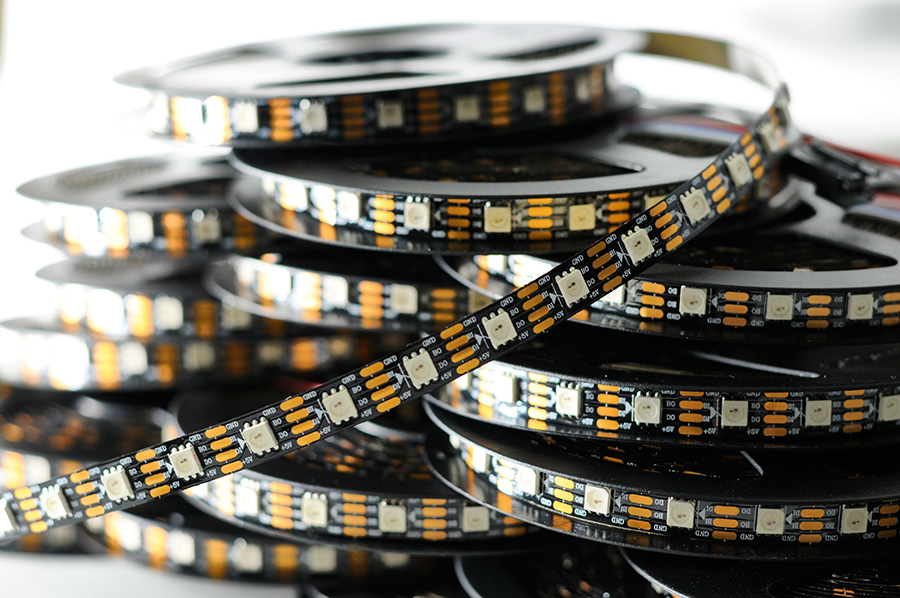